I also did something similar in the past. I had a 2008 MacBook and I got its HDD upgraded to a 128GB SSD. I also got rid of the Mac OSX and installed ubuntu.

It changed the computer. It is still working. I agree with some of you saying that the actual bottleneck is the hard drive. For me the second one is memory and CPU. I am not sure I can choose between the two, as if any of the two are old, you will notice it very much.

The only problem I have now is that the computer is so old that it is starting to fail randomly. I suspect the main board is dying. But hey! It’s a working computer that is mora than 7 years old!

Sure, mobile chips are getting faster. But they aren’t getting that much faster per watt. Some, yeah, but not the numbers you’re quoting there.

That new tablet or phone CPU will be at that speed for about 30 seconds. After that the speed drops a lot while it cools off.

And the real killer with mobile devices is that for the sake of battery life your programs can’t use the CPU. At full burn my phone lasts about 30 minutes and a Nexus 6 has a pretty big battery.

It’s best to use the M.2 connection as a fast boot / system drive.

I’ve used a boot SSD with a data/apps HDD for a few years now, and I don’t feel this is well-supported by Windows and apps, particularly Windows 10.

Could we get some details on how you configured Windows to use the D: drive effectively? Are hard links better supported now?

I feel 256 GB is plenty enough for an OS plus your core applications you use on a regular basis. You can also bump up to 512 GB for not that much more.

What I meant was data, games, media, other large-ish things like that on a different drive. Which could be a SATA SSD as needed! 1 TB SSD drives are becoming somewhat reasonably priced, heck, there are even decent 2 TB SSDs out there for around $700 at the time I am writing this.

It must depend on stock and location – I had ordered an i5-4690 and while I was waiting for it to show up, the i5-6500 went on a sale (!) and ended up being cheaper. From all the benchmarks I could find, it looked like it’d perform slightly better at a substantially lower TDP. I’m just saying it’s a good idea to shop around.

I think 256GB has been the knee in the price/capacity graph for a few years now. As you say, only keep OS + applications there, and put everything else on your platter drive. If you have more than ~100GB of games installed, move a few off while you’re not using them and put them back when needed – how many can you play at once?

I mean, you’d like to think 100 GB means a lot of games, but Diablo 3 clocks in at nearly 30 GB, Star Citizen is up around (probably over by now) 100 GB, and heck even Visual Studio weighs in at 8 GB. It’s actually pretty shocking how much space applications are taking up these days, and they’re only getting bigger as textures improve and more complexity is baked. I make 256 GB work right now, but I don’t think it will hold up for long.

I don’t think it is the end of the world if you have a second or third drive (even a traditionally connected ssd) to put games on.

I’m new to PC building. Any updated recommendations for a case and power supply to go with the SSD, processor, RAM, and motherboard you just recommended? Thanks, love the blog, been reading it for years.

It’s interesting how SSD as a technology has matured over the past few years. It’s definitely impacted me in terms of observed boot time for my operating system. I see it as one of the most effective upgrades to the overall PC performance experience in recent memory.

The PC might not be dead yet - we might be cycling back to the early times when tech-heavy PC conversations were thick in the air, when PC use was just starting to catch on in the early to mid 90s. I have no clue where we’ll be in another 10 years… it’s been an amazing ride so far.

@codinghorror, Did you measure power usage? How many watts it approximately your new “iterated” PC requires while idle and while working/playing hard?

After reading your article, I was considering it to -erm- “iterate” my aging Linux server when I found that Asus didn’t add a VGA/HDMI port…

As others pointed already, M.2 slot was available on older chipsets.
The main problems though are:

A post was split to a new topic: Pagination on the blog is not great

That’s both true and false; yes, phone’s raw power doubles at a fast rate, but they don’t allow efficient heat dispersal, and are invariably throttled, a fact that phone makers don’t advertize.
For the anecdotal evidence corroborating this fact, do you see any increase in speed when switching apps, going back to the home screen, loading a big game between your Blahphone 3 and your Blahphone 4, or 5, or 6? I certainly don’t.

do you see any increase in speed when switching apps, going back to the home screen, loading a big game between your Blahphone 3 and your Blahphone 4, or 5, or 6?

Absolutely I do. Considering each generation (so far) has been twice as fast in real world terms.

What makes you think that handhelds and smart devices will not hit the same bottleneck soon? Or does Moore’s law apply only to PC processors and they skip mobile processors due to a freak error in Quantum Physics? Just a matter of time, before the SnapDragons and Kirins and Exynoses begin to suffer from the exact same problem (In fact, they already do - the pursuit is on for more cores, less GHz per core, heating problems, BIG.Little and so on).

The iPhone 6S is 10 times more powerful because it started with such a low standard to begin with. A similar argument could be had for Intel CPUs with a 6 generation gap - Compare the current gen SkyLake’s with a Core 2 Quad (6600) etc. - lightyears ahead, without exaggerating, and evidently so when it comes to compute intensive tasks like media encoding or encryption.

Similarly, to debunk the argument that PC processor speeds aren’t doubling every gen - Well, how much is the improvement when going from, say, SnapDragon 801, to 805, then from 805 to the 808, onto the 810. Do you see a doubling with every gen there? Thought not. More like a minuscule improvement, as the synthetics (GeekBench, AnTuTu) depict.

One example for the PC platform, NOT 6 gens apart:

CPU benchmarks: Compare two products side-by-side or see a cascading list of product ratings along with our annotations.

As for Skylake, that specifically meets Jeff’s requirements that, to upgrade, there must be a significant performance improvement:

The current latest-and-greatest Intel CPU is Skylake. Like Sandy Bridge in 2011, which brought us much faster 6 Gbps SSD-friendly drive connectors (although only two of them), the Skylake platform brings us another key storage improvement – the ability to connect hard drives directly to the PCI Express lanes.

As for i5 vs. i7, I mostly agree, although I have seen a few gamers (yes, n=1) who claim a 30fps increase. I don’t know enough about games, but there are tons of physics calculations so I would imagine that takes advantage of the extra power of the i7. Some games specifically state that the i7 is their “preferred” CPU, so I would say, it really depends on what you are running. 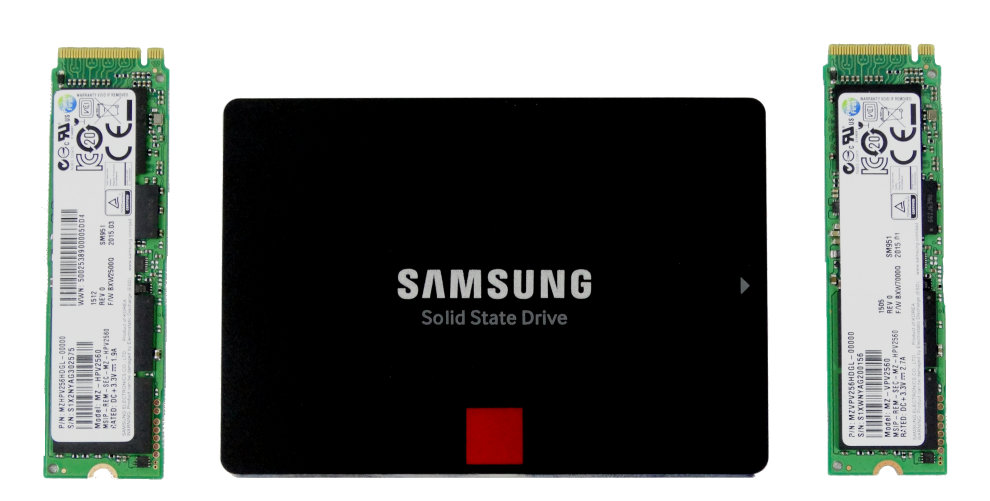 Samsung's SM951 SSD has both AHCI and NVMe support, and while PCIe-based storage is a hot topic, many enthusiasts wonder what it does. Today we find out.

If you already purchased a Samsung SM951 SSD with AHCI, then we can’t recommend the NVMe model for its slight performance boost. It’s faster, but only slightly. Moving from an 850 Pro to the SM951-NVMe is a nice upgrade though, and you will notice snappier performance from the reduced latency.

For new builds you should definitely prefer NVMe but for older builds you are not losing a bunch by having the AHCI version of the SM951.

Tracking performance over the last ~6 years in JavaScript: 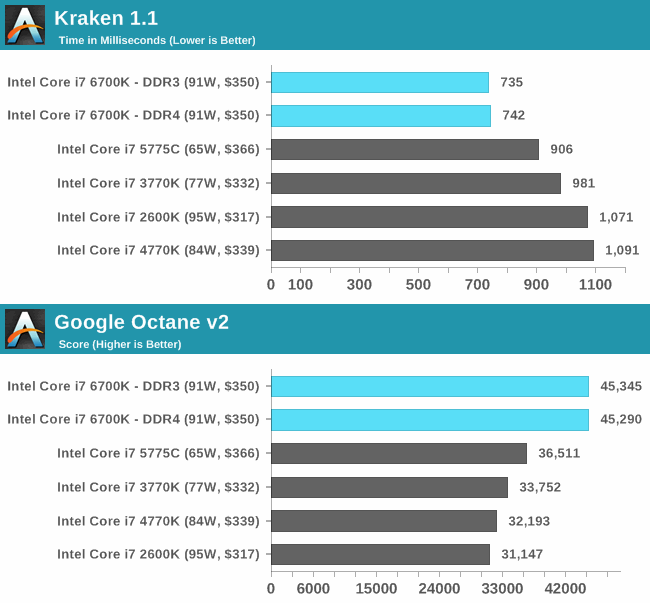 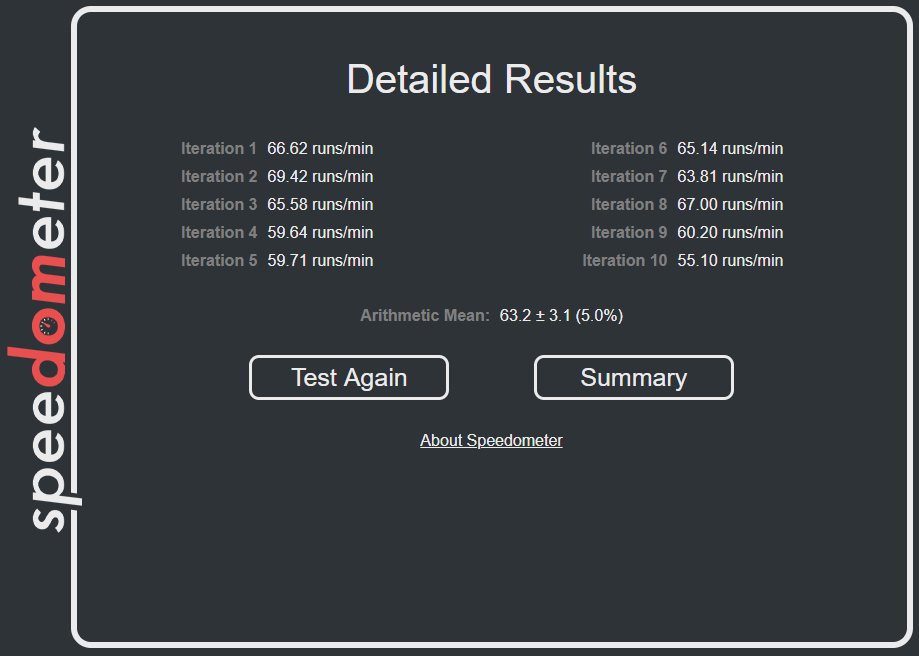 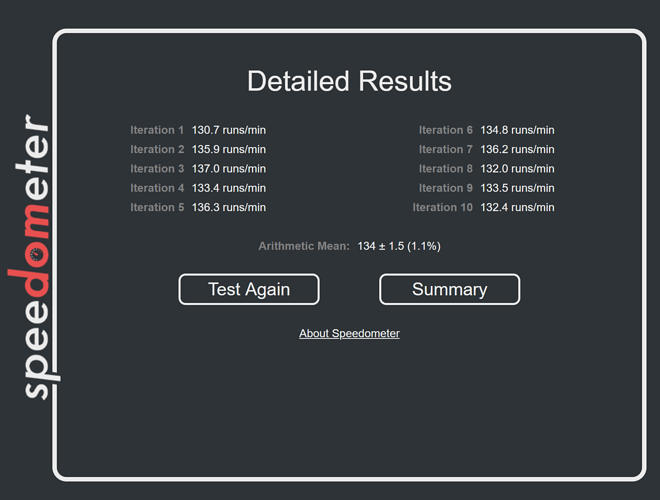