Curating the best emulated games for a 2020 handheld emulator

Back in 2016 I purchased an inexpensive GBA emulator and tried to curate the top 100 GBA games for it.

This year I’m looking at a more ambitious and modern handheld emulator, the RG350M: 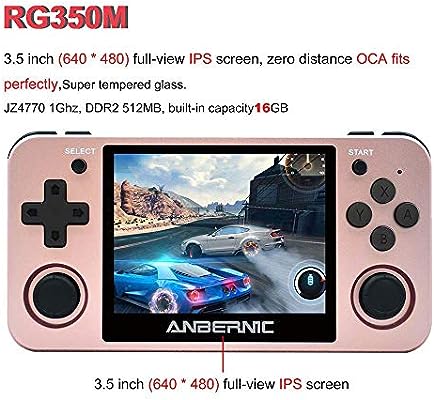 It gets consistently great reviews, apparently it has a JZ4770 CPU and runs OpenDingux.

It also emulates a lot more systems, but I’m avoiding the older ones since I figure the GBA emulator adequately covered the true old time classics, and we’re interested in the newer systems here in 2020. That means:

My philosophy is there’s no point in loading up these things with literally every ROM ever released for the respective systems. That’s too overwhelming. It’s better to select the top 100 titles released for each platform, maybe even less?

So each reply here will be an attempt to find (or curate) the top 100 titles – or less, depending how many games were released for the respective platform – to load on the system.

List of the top 100 SNES games, as voted on GameFAQs:

This list is the top 100 SNES games as voted on by gamefaqs users. Vote for your top 10 games and they will be added to the standings. Your #1 game gets 10 points down to your #10 game that gets 1 point. The number in parenthesis is the number of first place votes a game has received. Thanks for keeping the topic going for so many years. Here’s the list.

List of the top 100 PSX games, as voted on GameFAQs:

This voting started well over 10 years ago and continued for some time through a few topics. To vote you list your top 10 games for PS1. #1 gets 10 points down to #10 which gets 1 point. Hopefully we can get some new voters. Sorry again for the long delay in updating.

List of the top 100 Genesis games, as voted on GameFAQs:

The way this works is simple. You vote for your top 10 genesis games. #1 gets 10 points down to #10 which gets 1 point. The original topic was for only 5 votes, but this has been expanded. Because of this you can vote again if you haven’t voted since the topic was expanded. On to the list!

I’m thinking about skipping CPS1, CPS2, and FBA as those are basically arcade game emulators, versus the home console systems.

Thinking maybe NeoGeo should be in the arcade category as well, and thus skipped given its hybrid status…

and TurboCD (I’ll admit that I’m not familiar with many outside the top 15 or so):