I’ve written about Raspberry Pi emulation in the past, but I was always intrigued by those Pandora’s Box models. I saw one in a really neat head to head configuration, which also got a good review, so I jumped on it. 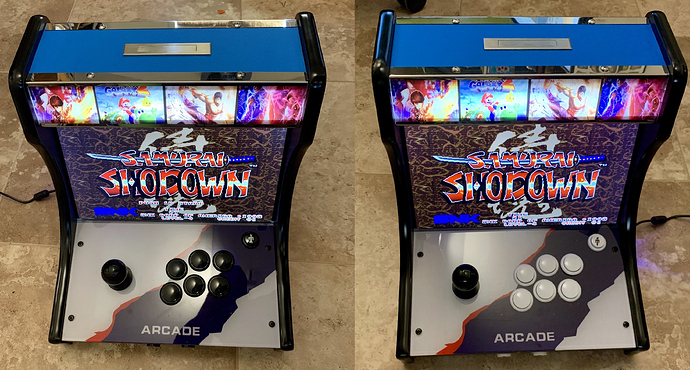 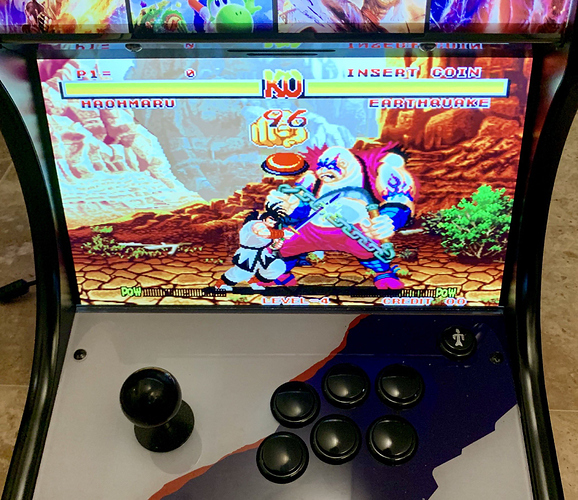 The screens are quite nice, definitely IPS, and this is the latest version, Pandora’s Box 6. Dimensions are roughly 13" × 21" × 14". Screens are 13.3". Overall it works as expected, and can be found here on Ali Express.

This doesn’t warrant a whole blog post by itself, but I thought I’d keep some notes here in this topic.

I’m gonna replace the backlit marquee (Mario Galaxy 2, seriously? That’s not even an arcade game!), and the side decals, with something more appropriate that I whipped up: 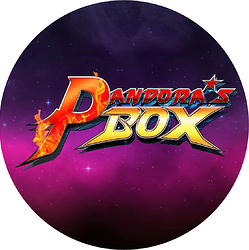 They’ll go here on both sides: 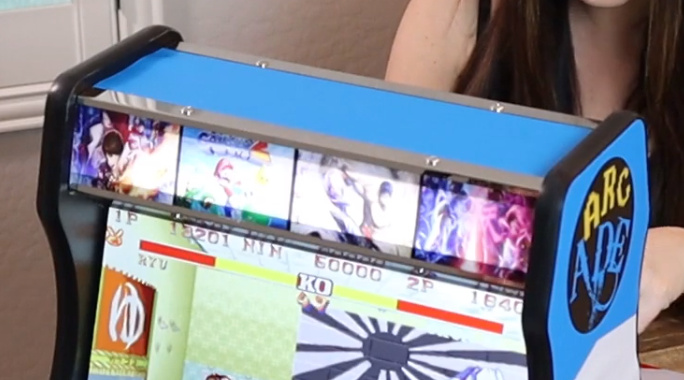 It is also possible to replace the background images in the menus. I used this image 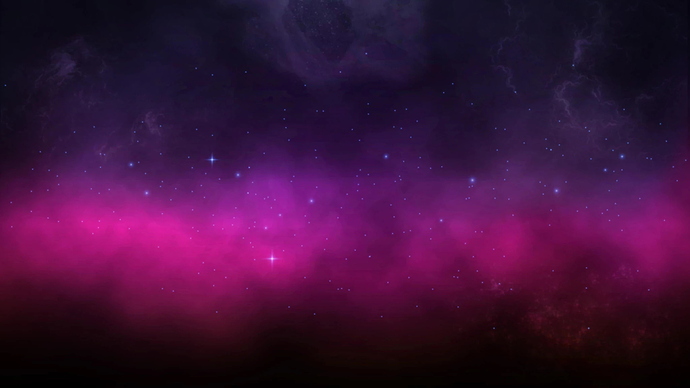 Background images must be in bmp format at the root of the USB storage device:

I was curious about the history of this Pandora’s Box, and where it came from:

The burst in popularity came around 2015 when they switched from being primarily JAMMA (plug this into a real arcade cabinet) to “family edition” which were bundled with USB arcade sticks and could be plugged into any HDMI output to create an instant head to head arcade.

I have figured some things out on the Pandora’s Box 6. There is an internal encrypted SD card with the OS and frontends and emulators embedded. All the ROMs, however, are added through a generic USB memory stick, with the official 1300 games as listed on the box:

The movie files almost add up to the right number, 1300, but clearly there are more ROMs than we need to make up the list.

These games appear to use one of two emulators

Which I think is the source of some of this egregious duplication, because a game could be in both emulators?

The bad news is that there’s a lot of dupes in there, and not much info on which games are the dupes. There are also a small number of games that are too weird because of the emulation to realistically play. The good news is that if you press the small system button on the side, there is a system mode where you can hide games from the list pretty easily – if you know which ones to remove!

I’ve painstakingly gone through and researched it with the help of the excellent Jay Breaks Things blog + Discord and I’ve come up with a meticulously researched spreadsheet which lists all 1300 games, their default category, the rom zip file it matches to, and clearly marks all the dupes:

If you’d like to double check my work, please do!

Here’s the default hard-coded game list of 1300 games, plus category.

Almost all of those ROMs are listed in the MAME XML dump you can generate from the mame executable via mame -listxml >listxml.txt. Here’s a compressed version of that.

I want to make another list of really low quality games that can be hidden as well, but just removing the dupes (183!) and broken stuff is a good start.

I took some power measurements:

There is a small recessed button on the underside of the player 2 (white buttons) side that allows you to turn off that screen if you’re not playing with a friend, which is a nice touch!

It definitely seems to run the hardware at full tilt all the time, it quickly boots up to a full 18.5w. I couldn’t detect any power idle modes in the menus, and launching a game didn’t seem to budge the power consumption much. 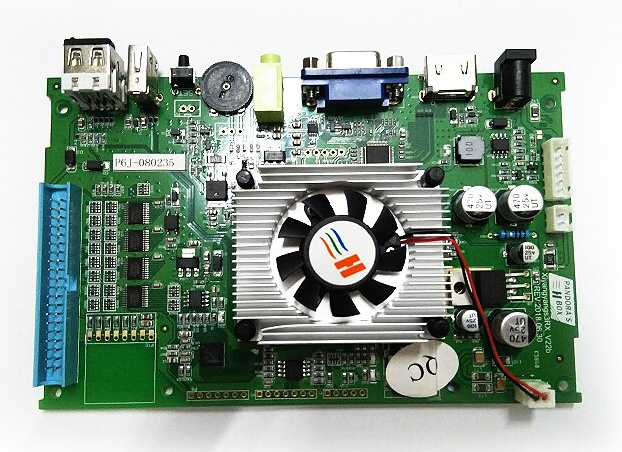 These are Allwinner boards, looking at the official specs it has to be the Allwinner A33, that’s the only quad-core A7 with Mali GPU?

This box has two LED strips for the marquee plus the screens, so probably 4w per screen, 1w for both power strips… means the Pandora’s Box 6 draws a surprising 9.5 watts all by itself. No wonder it wants a heatsink and active fan.