The Existential Terror of Battle Royale

It's been a while since I wrote a blog post, I guess in general, but also a blog post about video games. Video games are probably the single thing most attributable to my career as a programmer, and everything else I've done professionally after that. I still feel video games are one of the best ways to learn and teach programmaming, if properly scoped, and furthermore I take many cues from video games in building software.

This is a companion discussion topic for the original entry at https://blog.codinghorror.com/the-existential-terror-of-battle-royale/
jon49 November 5, 2017, 2:53pm #2

Stoicism. Circle of Concern. I don’t really follow the news that much. So, I’m not sure what you are talking about for bad news.

Have you checked Opus Magnum, by the same people that did TIS-100 and Shenzhen IO?

Not real surprised that you telegraph disgust for the modern era but turn to a murder simulator for a reality break. Disappointing though.

Perm death MMO is always the final end state for gaming. We got there in MUDs in the early 90s.

All games should be measured in the amount they inspire their players to suspend disbelief, and I don’t think there is any game that can lay a finger on ArmageddonMUD.

Have you checked Opus Magnum

I haven’t but given their pedigree I expect it to be amazing! I covered TIS-100 in this blog post.

telegraph disgust for the modern era

I wouldn’t say I have disgust for the modern era; the world is on a fairly positive trajectory in general. My complaints are specifically about the current political climate in the US, and how we’re not only undermining our core values, but actively ceding leadership to China.

All games should be measured in the amount they inspire their players to suspend disbelief, and I don’t think there is any game that can lay a finger on ArmageddonMUD.

looking at Armag MUD , the maps cannot inspire to “suspend disbelief” that i agree is high ranking. and Haggle is renamed Offer as a command , to begin with we have 2 terms (annoying( where Offer is conclusive… can imagine game evolution is a function of player psychological gambit… Amercian Congress seems to reward players with law decision-making skills that certainly needs a reward card to pay for time invested … thats the future of gaming … Payment.

That paves incentive while creating an “exclusive-society” able to install a sense of Being There,

Is it possible to follow the usual life rules: refuse to fight people who don’t fight you, be compassionate etc.?

If you can signal that virtuous mode to the world, it may be a rational strategy (as per game theory).

One way to signal virtuous mode to others is to go North (they go low, we go high).

And then basically be friends with all the Northerners, protect them from attacks and stay there. Cheating the game, screwing the strategy patterns for others, and feeling good

I haven’t played it but I watched a streamer playing it as I was also curious why it’s so popular.

He made it look easy. I watched him play 6 games and winning 3 of them. It might seem like luck but seeing that, it’s a game with a high skill ceiling.

I’ve lived in the US for just over 20 years now (born and raised in Canada) and I don’t remember a time in the last 20 years when this has been true. Sure, there are moments when people come together for brief periods of time against a common enemy, but for the most part the US has been about “what’s in it for me and screw everyone else”, at least as far as I’ve been able to observe.

This reminds me of The Pacing of PUBG - The Thriller Tension of Battlegrounds by Extra Credits on YouTube. It seems you’ve arrived at pretty much the same analysis that they did.

Of course an optimal Battlegrounds strategy is to engage in combat as little as possible, and only when you are assured of a clean win, e.g. you come up behind someone or otherwise get the drop on them.

It’s also true that you should stay near the edge of the circle, with your back to it, so people can’t sneak up on you. As much.

After reading your review I went over to the steam store to consider purchasing the game. I did not though, as there were a ton of negative reviews stating that the game was unplayable due to hackers who had given themselves unfair advantages.

Has this been your experience at all? All the latest reviews appear to be very negative about this.

there were a ton of negative reviews stating that the game was unplayable due to hackers who had given themselves unfair advantages.

I saw one streamer’s response to that. He posted a clip of his stream video. The complainer wasn’t fighting a hacker. He was just really oblivious to his surroundings and generally sucked.

There may in fact be cheaters, but I believe the most complaints come from players who aren’t very good and never saw the guy that killed them.

It is hard to say; to me the bigger problem was the massive number of Chinese players on the North America servers. This does not matter for solo (except pings, I guess) but it is disastrous for duo and squad when you get paired with people that can’t understand each others language.

The game is HUGE in China: 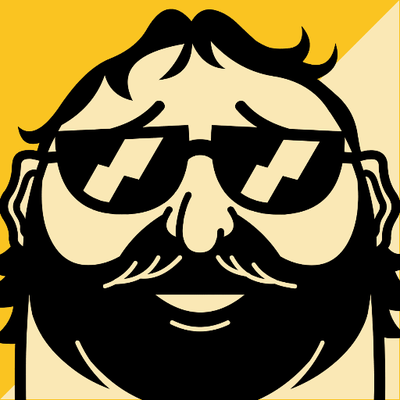 Just your weekly reminder on how Asia is driving PUBG to the new heights, even as US players are dropping out https://t.co/MNcc0meVBB 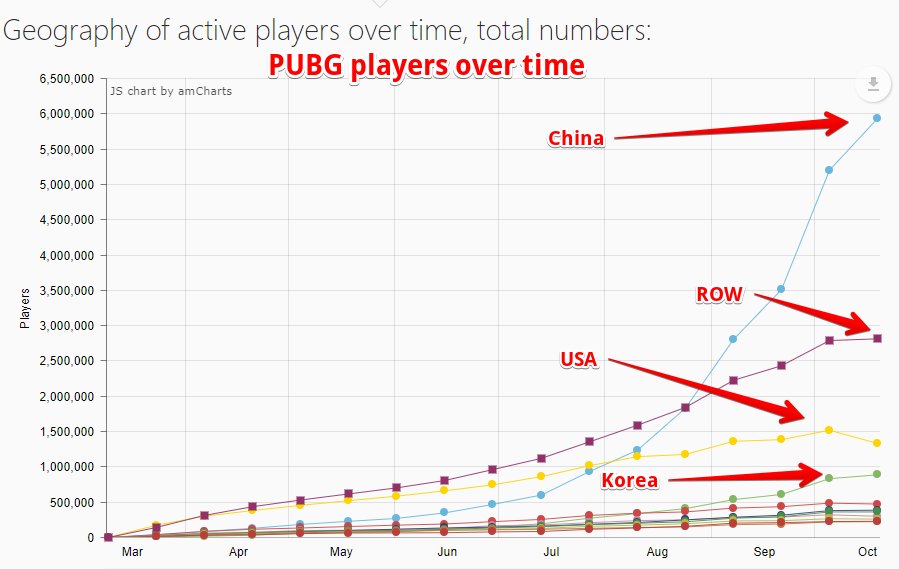 I had less of a problem with incorrect region matching in Fortnite Battle Royale.

I wouldn’t say either company is great at dealing with cheaters but I suspect Epic has more resources to fix the problem.

Jeff you should read the excellent “Three Body Problem” series by Cixin Liu - I think it would chime nicely with your feelings on this.

Yes I have read it! It’s excellent! I loved the non-Western take on sci-fi as well.

Do people make temporary alliances in these games (like in BR/HG) or go full Dark Forest on each other?

Not really sure about PUBG, did play it, but Eve Online still trumps for me. To me, its better as both feeling more connected with the world we live in or just playing it for escapism.