Curating a list of the best Game Boy Advance games

So let’s say you, hypothetically speaking, wanted to get your almost 8 year old son a classic gaming handheld. So maybe you might pick something like this, the Revo K101 Plus 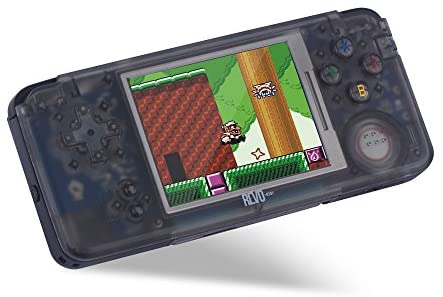 So you can run real physical Gameboy Advance carts (nice!) or the included faux cart with a SD card slot to play ROMs. (Not just GBA ROMs but a few other old systems, PC Engine, NES, Game Gear, etc.)

Then you might, hypothetically speaking, be a little overwhelmed by the list of about ~1500 cartridges that were released for the GBA over its lifespan, which ran until about 2007. Do you really want to present your kid with a menu that has two thousand choices? Are there really that many GBA games worth … playing?

So rather than trying to pare down the list by removing obvious dreck, or “worst game ever” lists, I went backwards: I composed a list of only GBA games listed in at least one credible Best Of GBA article using Google searches as you’d expect. Here’s what I ended up with. (Not in any particular order, but numbered so I can have an idea of how many choices there are.)

(I did not include a few frequently cited that had cartridges with special hardware, such as WarioWare Twisted with rotation and Boktai with the sunlight sensor. I have no particular objection to used cartridges but I don’t want to deal with more physical stuff.)

So this is a “top 100” meta-list generated by combining all the “best GBA games of all time” lists I could find. The only risk is outliers, where one person ranked some weird game way higher than everyone else. The metacritic GBA list was particularly solid, if you want a single list to verify … 2000-2007 were plenty active years on the Internet for new GBA game release reviews, versus say the life of the Game Boy which seriously predates the Internet.

Any objections to anything on this list? Anything I missed?

I hope my meta-aggregation of the best GBA games of all time can help others who might find themselves in this … hypothetical … situation.

Agreed – I cleaned up the list a bit, semi-sorted it (or at least grouped similar items together) and ended up with 75 total.

I also watched a few more best GBA videos and made sure they were represented. If you pick the top 25 GBA games, most sites more or less agree on at least 20 of those, I’d say.

That’s what we’re gonna find out! With ~80 choices, hopefully he can pick and choose what he likes. The Revo k101 plus arrived today; it’s a really cool little device. You can see why it gets very positive reviews.

(The only downside seems to be super sketchy emulation of anything other than GBA and GB, but … that’s not a serious downside in my book.)

Having some hands on time with it, and some SD cards, it’s a remarkably solid little device:

Basically just dump the ROMs in the root folder, then add the ksystem folder with the cheats and game preview images, and you’re done. You can even customize the background and boot pictures, too!

I also updated the firmware to latest which was from March 2016 but it might already have been at that version. Hard to tell, there’s no version number in the help page. Aha! I found the firmware update notes: I concur with this guy. Sketchy “other than GBA / GB” emulation aside, this is a near-perfect device.

I had a bit of a scare when the device would not power on before I began to box it up as done for my son.

I had a hunch something was funky with the battery. I checked the back and there’s a handy screw and compartment for removing just the battery.

So I popped the battery out… it looked nearly identical to another battery I saw recently in an el-cheapo rechargable mini-keyboard we use. Sure enough I went and grabbed it, swapped the battery, and now it works.

Looks like this is a (standard?) Nokia BL-5B model battery, cellphone style:

I found this on another forum, so probably just bad / weird battery contact… because I noticed the “bad” battery worked fine in my mini keyboard, which I thought was super strange.

Hey, I just bought a Revo K101 Plus and came in the mail today. I’m having issues with the charge though. It works when charging, but turns off once I take it out no matter how long I’ve had it in for. What should I do? I really don’t want to have to send it back since I got it from Germany and paid about 70 USD for Shipping (UPS Express) I’ve used two different cords and wall chargers, The LED lights up for a split second once I plug in it but then disappears. Please help…

Nvm: I solved the problem. I had to take the battery out and put it back in. I guess it wasn’t making contact.

Supposed to be 5 hours of battery life, if you keep the screen on a low brightness. It’s a VERY bright screen, though. I defaulted it to 4/8 and I probably should turn it down to 2.

I tested genesis and it definitely doesn’t work. So the Revo K101+ emulates 8-bit systems only, plus GBA obviously which is the primary target.

I was never that into the 8-bit systems so It’s tough for me to muster any enthusiasm for NES / TurboGrafx / Sega Master System. Kinda weird since I did own an Atari 2600 but for whatever reason, NES just didn’t factor into my life. I did own both the SNES and Genesis of course, and they were both great, though I preferred Genesis.

I got a link cable and I can confirm multiplayer works fine between two of these. Also per YouTube it works between original GBA and the K101+, too.

All these topics were circa 2016 on a different forum but I wanted to collect them here for a curated list of best Game Boy Advance games!

This is the problem with modern emulation: you don’t really want a list of a zillion games including every single thing ever released for the platform, you want the 100 best games (or even less) for the platform. Otherwise it’s totally overwhelming…

Was somebody else in this thread earlier? #2 starts with “Agreed”. It also occurred to me that this could have been an old post from before the blog moved to Discourse that just got imported for some reason. The first link (product name) goes to a domain squatter now, so that backs up my theory. (I don’t remember seeing it previously though.)

If I’m right: how did your gadget hold up? I don’t know how much this cost (back when the post first went up?) but for my money, the best retro emulator is a hacked PSP. Can you still get those for a reasonable price? The SNES emulator I had on there was basically perfect…

Is it still possible / viable to hack the PSP and Vita? This Revo K101 device originally cost $95, I checked my notes.

There are a ton of inexpensive Chinese 8-bit emulator boxes on Amazon these days, hard to even tell what’s good and bad! One youtube channel that has a lot of fun with it is Wicked Gamer & Collector.

We bought two of these for our granddaughter’s last year. I think our son plays with them more than his girls.

I don’t even know what games are on them as the girls have their favorites and they stick with those. We did buy SD cards for them also - 32GB(?).

Looks like the sequel to the Revo K101 Plus is the RS-97 – but it gets kinda bad reviews, I guess for the same reason, most of the emulation aside from the GBA part isn’t very good.

Sounds like the current recommendation is the Retro Game Plus / Q9 V2 running OpenDingux. Make sure it is the V2!! 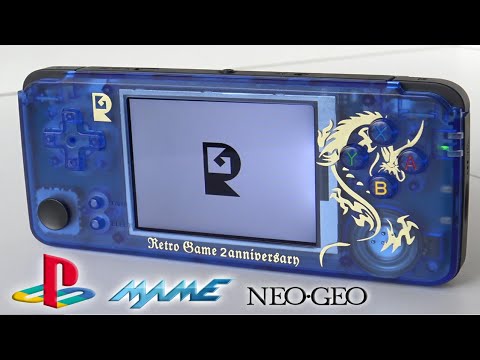 the best retro emulator is a hacked PSP

I looked into this, came VERY close to pulling the trigger, and decided against it… here’s why:

Note that the (now obsolete, unavailable) Revo K101 Plus only played GBA games. I actually got a very nice GBA SP with upgraded IPS screen off Etsy, so I can play original GB and GBC cartridges as well. Right now I only have a few: the Tetris ornament… 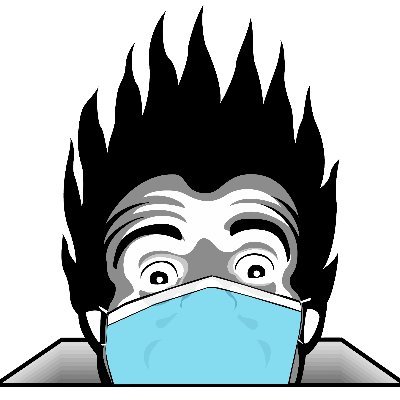 Gotta have a Tetris ornament! https://t.co/rPGSdul1b1

I didn’t twitter it, but I set up a red/green Tetris ornament using the Pokemon Emerald and Ruby GBA carts hotglued together, too. They worked, I checked them!

As well as WarioWare Twisted and Yoshi Topsy Turvy, but I kept those out for actual play, not ornaments

Y’know, I have two Vitas (I got very lucky at a couple of clearance sales) and nobody uses either of them at the moment. I had been keeping them “clean” so I could keep using them with PSN content but if they’re going to sit in a drawer, maybe it’s worth looking into custom firmware for one. Now the question becomes, do I hack the 1000 (good screen, bad charger) or 2000 (vice versa)?

physical → real/card/hardcopy as opposed to virtval/eShop/download as all of the games are fýsic and digital; weird = fateful → uncanny = bizarre; platform, → platform;; less → lesser → fewer; hard → touh

I’v been a’keeping a list of video games I like from impressions of reviews, releases, and pictures for about 12 years, formerly called Wish List despite whether I had owned them and only restricted to video games and now simply called Like List, now with over 600 games on over 40 platforms: Like List. However I was never much interested in GBA wherefore so many games were simply SNES ports or adaptations but with lost resolution, so I only put 13 GBA games, tho by my interests quite unique from the “best” (= popular) listings, rather than the 49 GB[C] games, 42 NES games, and 51 SNES games. I wasn’t that interested in Sega so only put 1 SMS game and 5 SG games.

I don’t own a GBA so neither do I own any of these games, thus the 0.